Goldenrod (Soldiago gigantea) was designated the official state flower of Kentucky in 1926; about thirty varieties of goldenrod are found in Kentucky and it grows throughout the state. 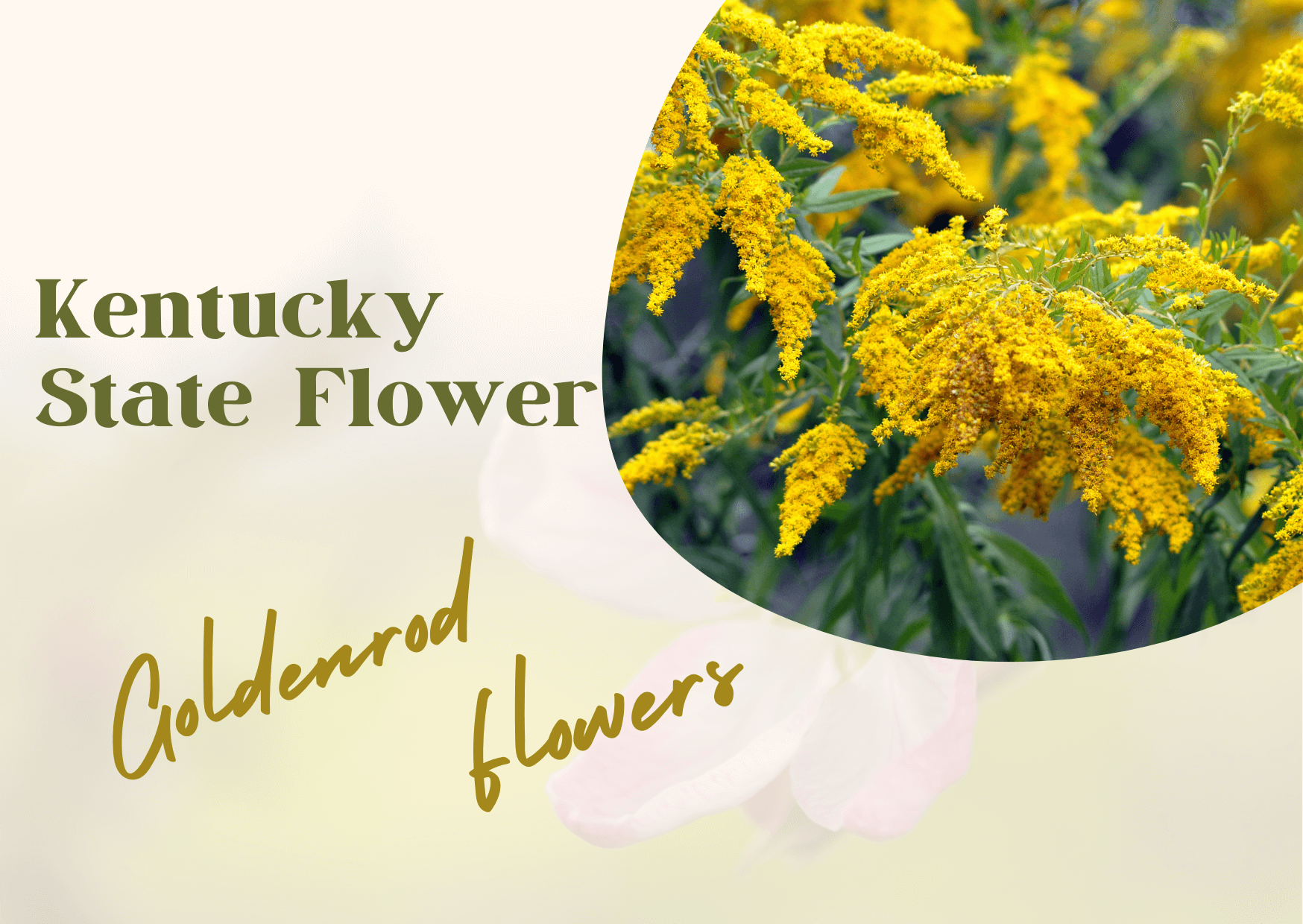 Kentucky is located in the southeastern United States. Kentucky is bordered by Tennessee to the north, Virginia to the northeast, West Virginia to the east, Ohio to the northwest, and Indiana and Illinois to the west. The state capital is Frankfort and the largest city is Louisville. Kentucky is a beautiful state with a rich and diverse culture. There is something for everyone in Kentucky, from the bustling cities to the rural countryside. Kentucky's culture is also shaped by its Native American and African American heritage. The state has a large number of historical sites that reflect the journey of the state. The culture of Kentucky also is a mix of southern and midwestern influences. Kentuckians are known for their hospitality and sense of community. Not only that, the state is also known for its love of sports, especially basketball and horse racing. Did you know Kentucky is home to a large number of artists and musicians, as well as a thriving cinema history. With florist Elizabethtown KY learn more about the state's official flower.

The state flower of Kentucky is the goldenrod. The goldenrod was designated the state flower of Kentucky in 1926. This flower is a member of the aster family. Goldenrod starts to bloom and flourish throughout the state by July and can be seen till late September. During this time they can be easily spotted in meadows, fields and roadsides too and you can also find them at the Elizabethtown KY flower shop. The goldenrod is a flowering plant in the sunflower family. It is native to North America and can be found in meadows, fields, and woods. The goldenrod is a tall plant with yellow, ray-like flowers.

Other State Symbols of Kentucky -

The rosey posey florist brings you a wide and a unique range of lovely flowers along with the goldenrod flower. Get flowers for all your special events. Order Now!

The Most Popular Funeral Flowers For Expressing Sympathy

Summer Flowers That Are Best For Birthday Gift